I recently took my Marriage of Metals class last quarter on a field trip to visit David Freda and Trish McAleer’s studio. I thought this would be a great way to expose the students to practicing metalsmiths who incorporate good design and phenomenal craftsmanship.  This was such a great experience for everyone that I would like to incorporate more jewelry field trips in the future for my students! Both David and Trish were very gracious in letting me schedule an appointment with them for my students to come to their home and see their metal work and jewelry processes. 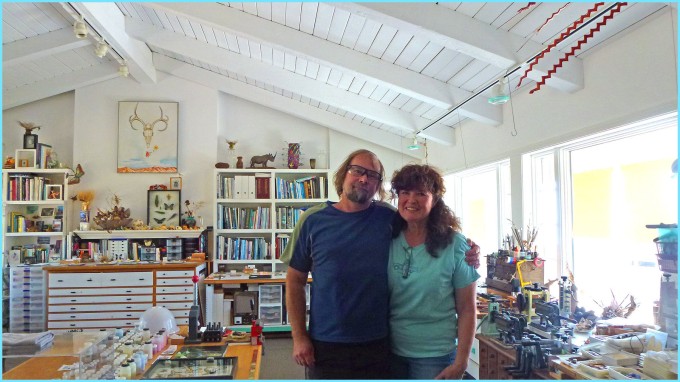 Every time I have walked into their studio, I am always blown away!  The huge space, abundant natural light streaming in from windows surrounding the entire studio, and every tool you could possibly imagine: quite simply, this is every jeweler’s dream! The studio is impeccably organized down to separating each step in individual containers of every phase of David work. 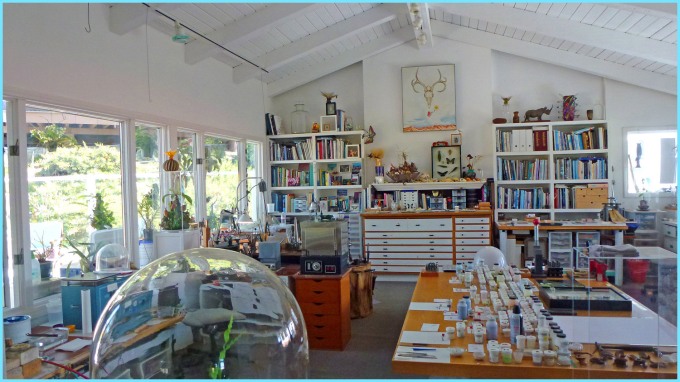 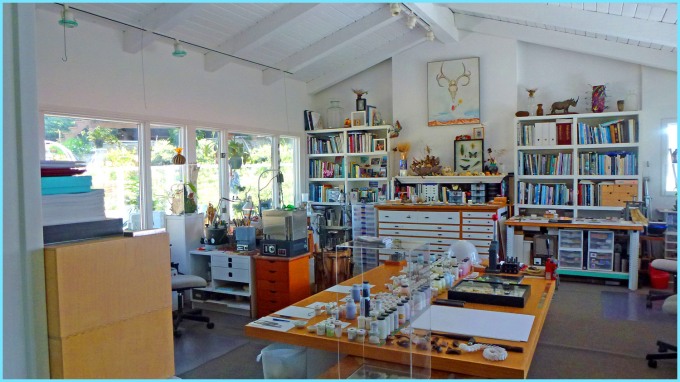 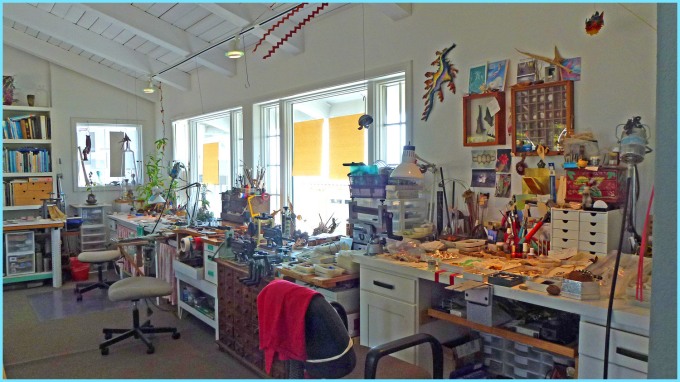 The rightmost bench and adjacent table are Trish’s work area.

I have known Trish and David for quite some time.  I became more acquainted with Trish early on as she was the former president of the Metal Art Society of Southern California.  Though she finished her term as president several years ago, Trish is still very involved in the MASSC organization.  Trish is a very kind, outgoing and friendly person. She is also an accomplished metalsmith and wrote a book on metal corrugation techniques that she had been exploring for many years. 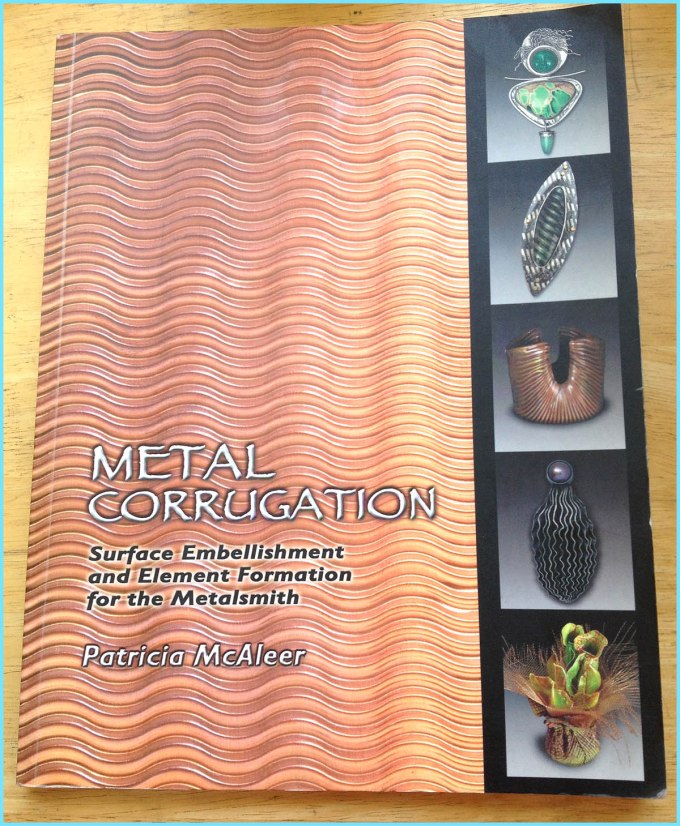 Trish investigated every possible texture you could create with metal corrugation. There are textures you wouldn’t believe would be achievable with this technique! I definitely recommend this book if you haven’t picked this up already. If you are interested, you can find it here:

Below is an example of Trish’s work. This piece of jewelry was a collaboration between David and Trish. She fabricated the piece and he enameled it. The corrugated textures truly enhance the piece! 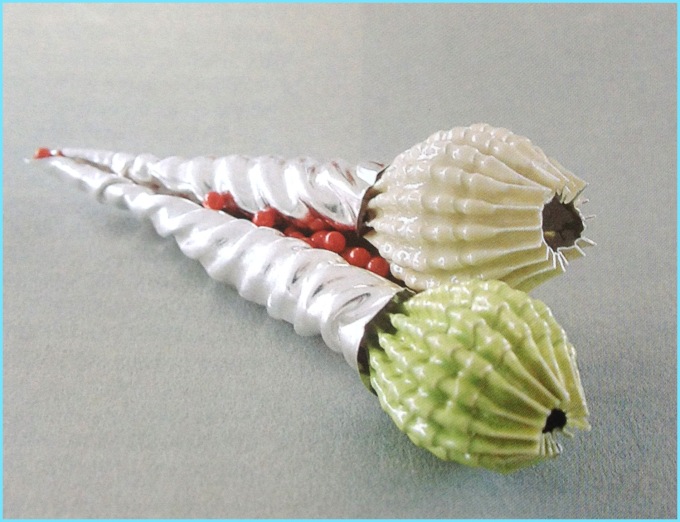 I had a small mention in Trish’s book. I fabricated a necklace a long time ago using the metal corrugation technique.  You can see what my very early work looked like. 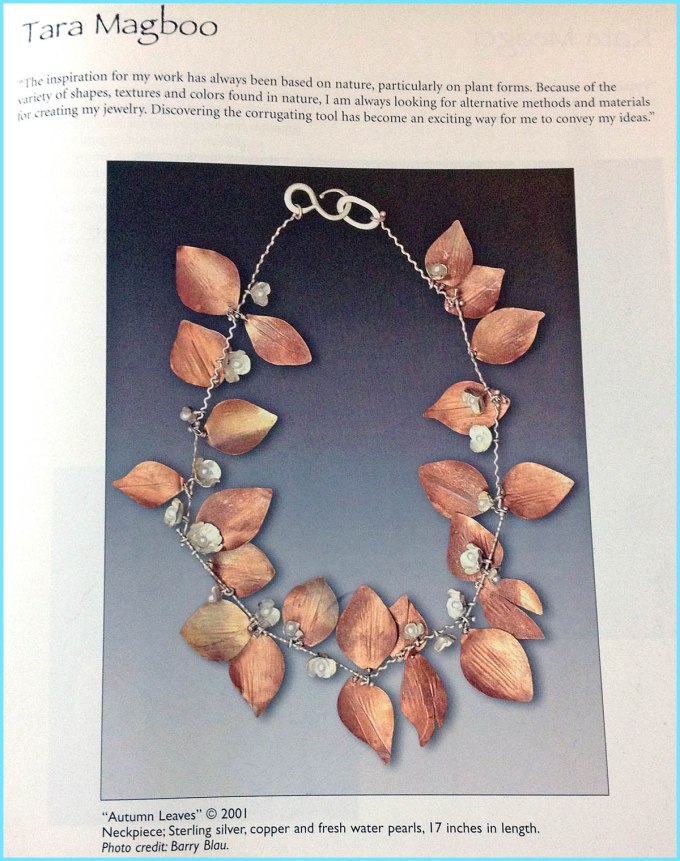 While I was in graduate school for Jewelry and Metalsmithing at SDSU, I took a Professional Practices graduate seminar where we were required to interview a current metalsmith.  I was and still am a big fan of David Freda’s work and I contacted him in 2007/2008 to request an interview. He, fortunately, said, “yes” and this turned out to be a great opportunity to become better acquainted with his work and life story. I  met him in the past through MASSC functions, but never talked with him at length.

David Freda was first a wildlife illustrator, falconer, and taxidermist. He took jewelry making on a whim and became instantly hooked! His jewelry work later evolved to incorporate all his abilities. His hyper-realistic, representational metalwork shows clear influence from his illustration and taxidermy background. David renders his depictions of wildlife with almost terrifying realism, but his work is so expertly crafted that it elevates his work to the level of the precious.  It’s his juxtaposition between beautiful and disturbing that really drew me to his work.

I recommended for Jay Whaley of Whaley Studios, where I teach, to interview David Freda.  Check out David’s recent interview on Blog Talk Radio with Jay! David is truly a renaissance man!

Below are some examples of his personal jewelry work. 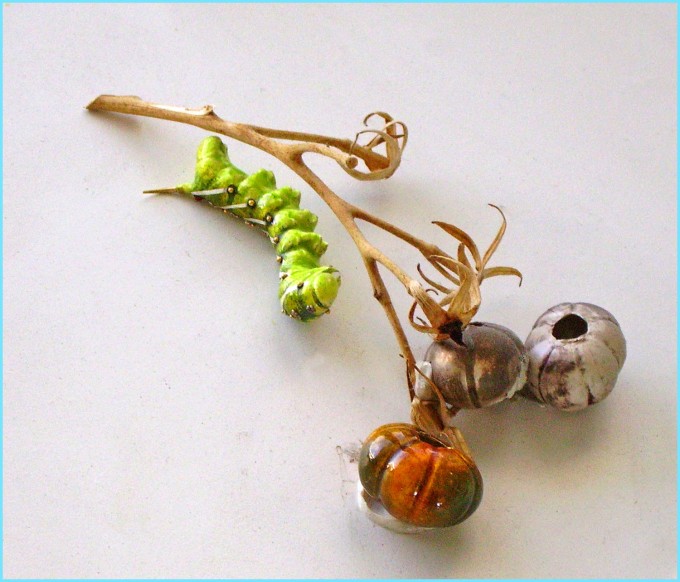 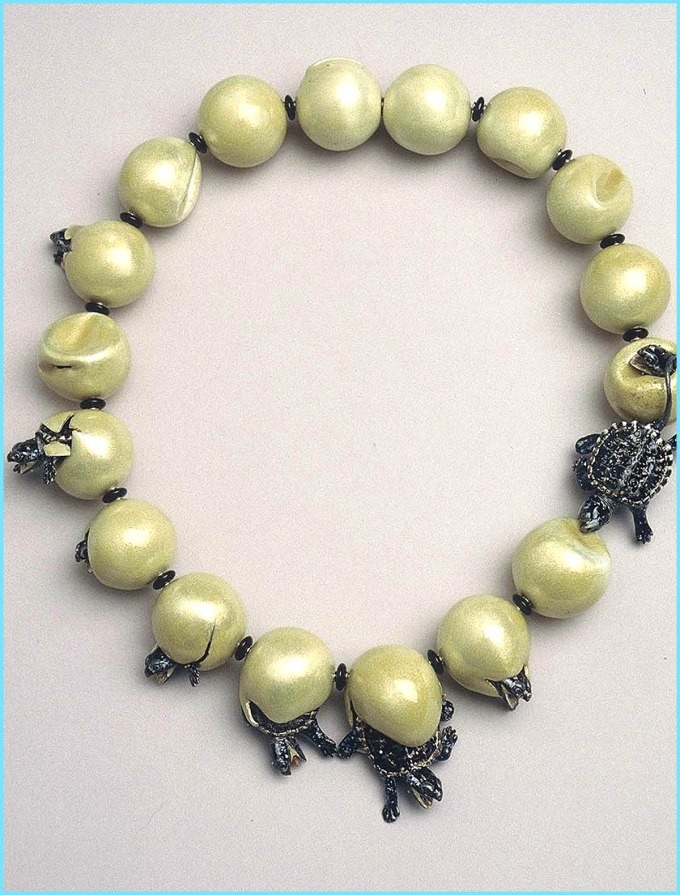 He also won grande prize for his Stag Beetle Necklace in one of the most prestigious competitions in the jewelry industry: Rio Grande’s Saul Bell Competition. 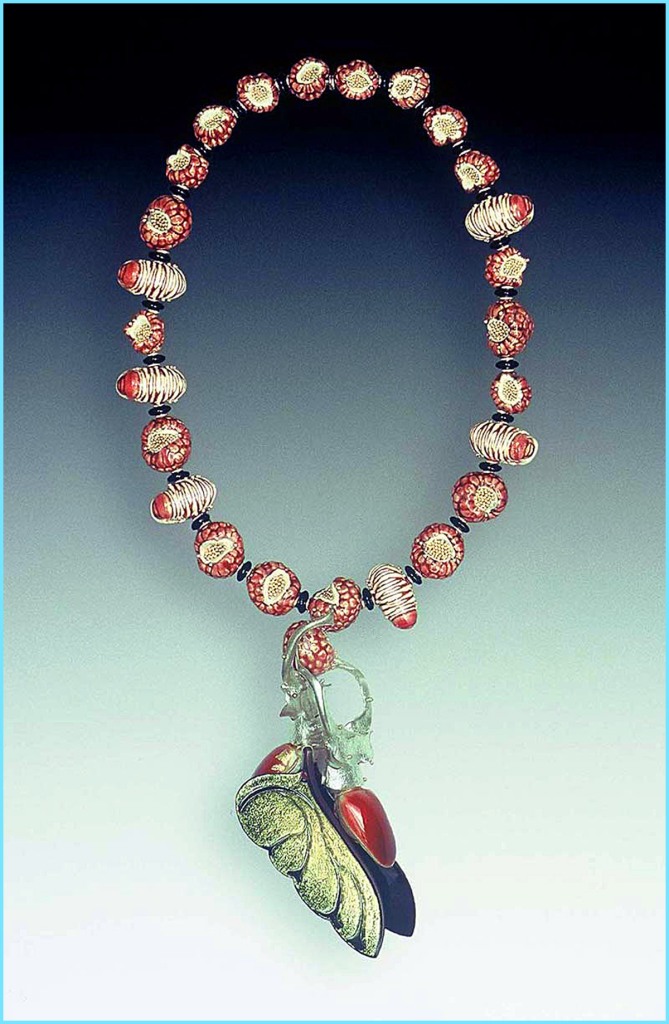 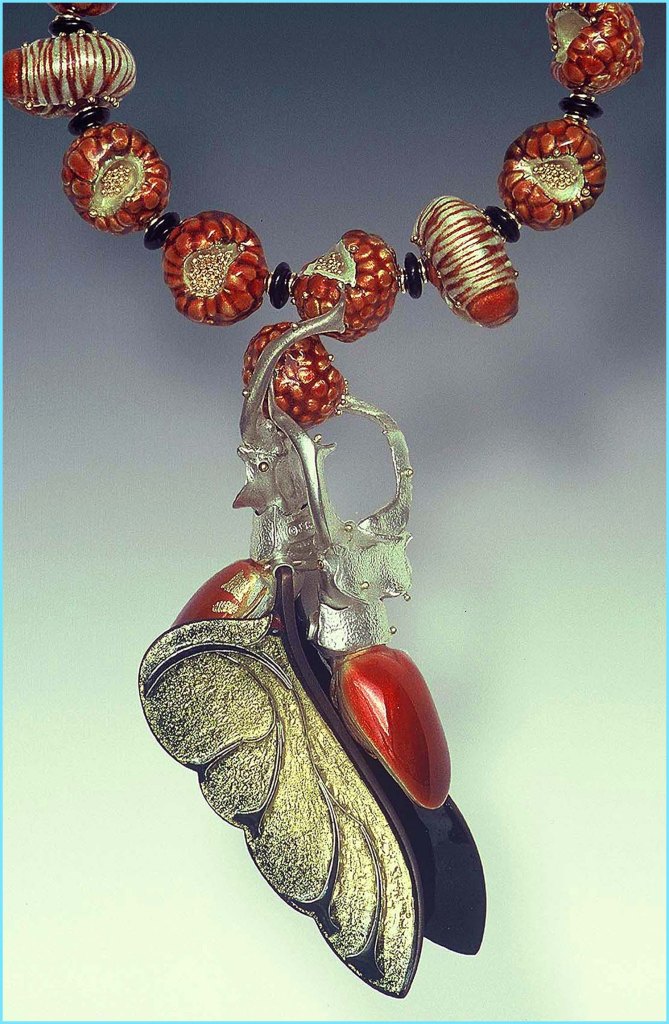 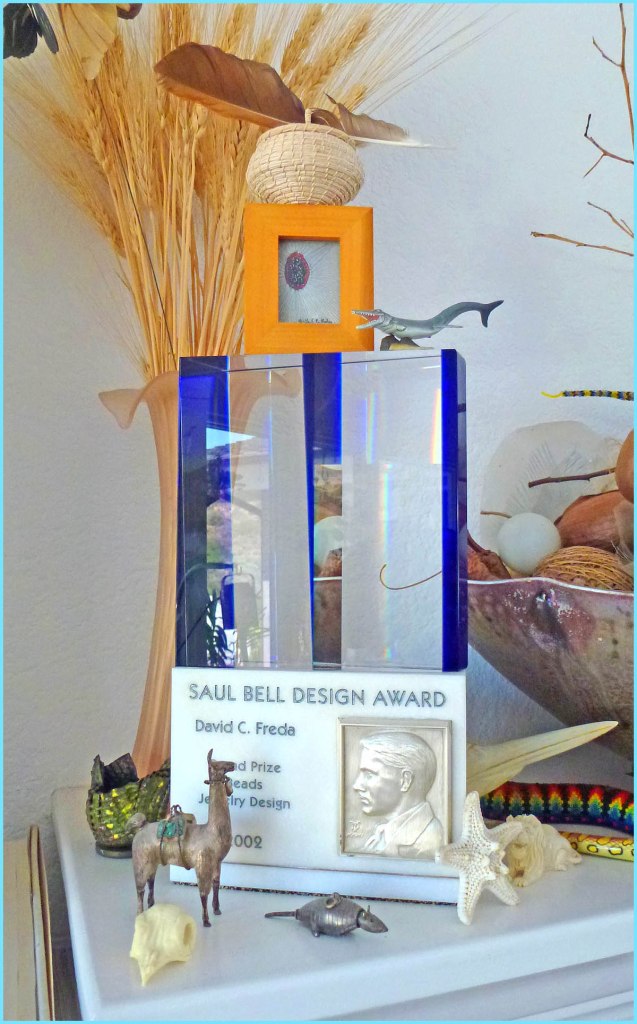 David currently works for Tiffany and Co. making one-of-a-kind jewelry pieces for elite clientele. Sultans have purchased David’s work! Apparently, Tiffany puts out two catalogs: one for the general public and another for the high-rollers.  He recently completed a series of orchid brooches, finishing close to sixty pieces! Below is a photograph of his work in the Tiffany catalog. As you can see, the work is exquisite! If you are in the market to buy meticulously crafted enameled gold brooches, you know where to get them! 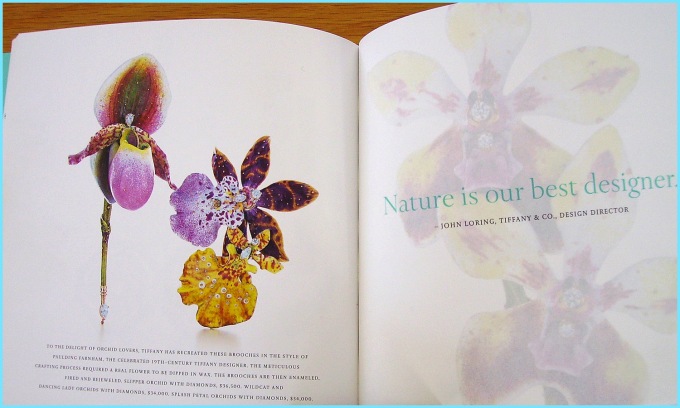 David is one of the few people in the world with such tremendous skill that can carry on the tradition of fabricating the well-known Tiffany orchid brooches made famous by Paulding Farnham in the late 1800s-early 1900s.

He is currently working on a new series of jewelry pieces for Tiffany which has yet to hit the marketplace. Coming to see David’s work in progress is quite literally watching history in the making!

Back to the orchids, David and Trish have a nice collection of unusual orchids that has served as inspiration for his orchid series.  David has also cast directly from their flowers as well. 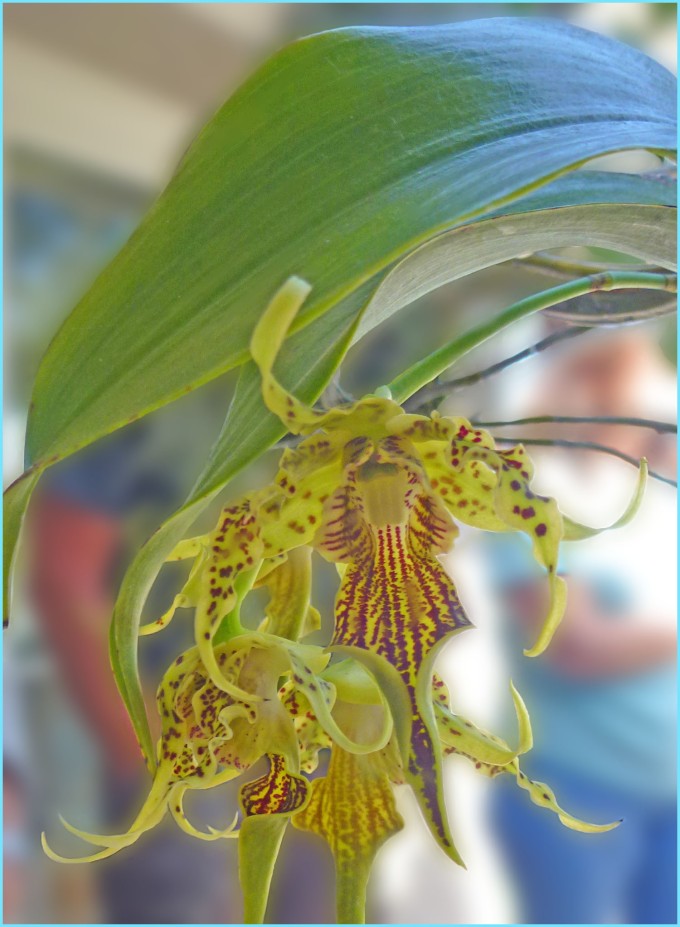 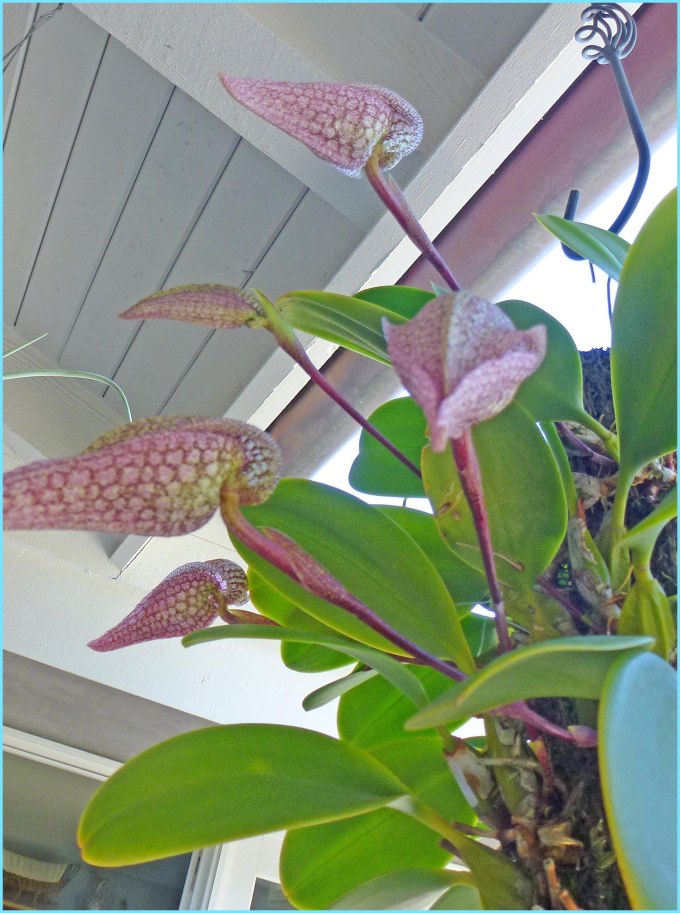 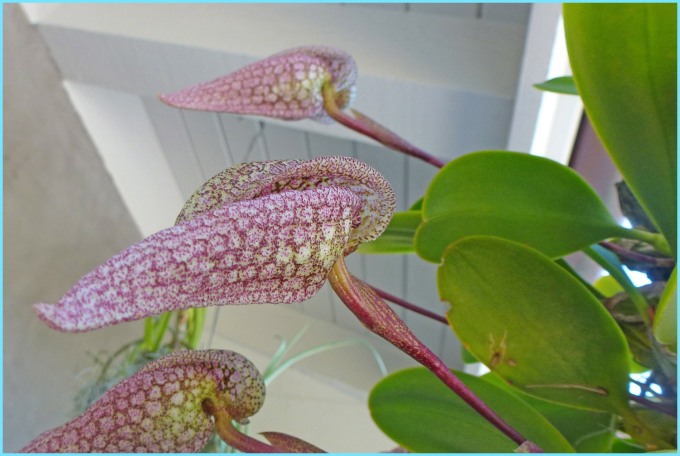 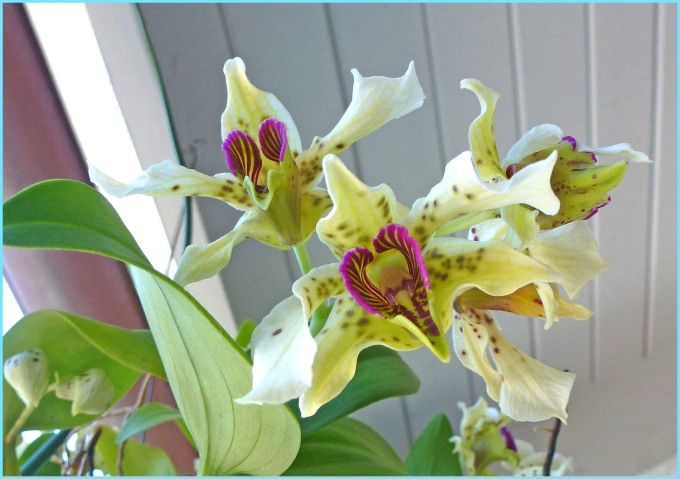 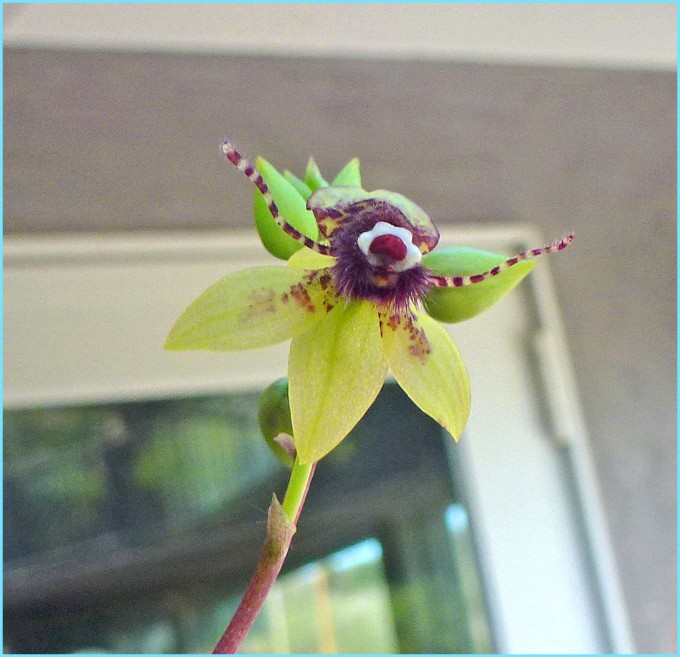 This small orchid flower looks like a little bee!

It was very generous of Trish and David to allow my class into their home and to generously share their knowledge and experience with us! All of the students, myself included, left very inspired by this field trip. Thank you again David and Trish! 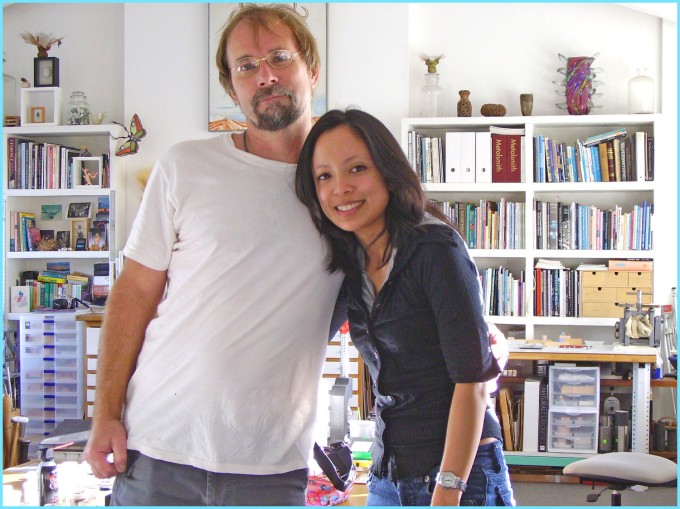 Blast from the past! This is a picture of me and David when I first interviewed him for my graduate studies.

Error: Twitter did not respond. Please wait a few minutes and refresh this page.